Laura Lentz and Marc Webster sit in front of a mixer that stretches along a wall in Webster’s Blue on Blue recording studio. They speak an exclusive language that straddles the classical world and the world of pop music: Reverb. Echo. Sound environment. Public participation.

The music of the Rochester Fivebyfive chamber ensemble is classic and resembles rock. Fivebyfive also talks about jazz, although Lentz notes that he “improvises on classical language rather than the language of jazz”.

The quintet is not content with static boundaries. Webster presents “Blue Jewel,” from the band’s compelling and unclassifiable debut album, “Of and Between,” which is available on the Fivebyfive website. The room opens into anarchy, as if someone had rolled a piano down the stairs. But within moments, a recognizable composition emerges.

“We spent a lot of time in the mixing sessions,” Lentz says, “using words like, ‘We want this to sound like we’re wrapped in a blanket. ”

“So how do you create that?” ” She adds. “Classical bands usually don’t think that way, they don’t talk that way. They record and, like, that’s about it.

But fivebyfive is a raging classic in the toy store. And over the past two years, Webster says, “the pandemic just put him into overdrive.”

Fivebyfive is Marcy Bacon on clarinet, electric guitarist Sungmin Shin, bassist Eric J. Polenik, pianist Haeyeun Jeun and Lentz on flute. Then add Webster, who describes his role with Fivebyfive as similar to what George Martin was to the Beatles. A producer, a button turner, but as key to the sound as the musicians themselves. “We use the studio, like another instrument,” explains Webster.

The group is very classical. It has a board of directors and an advisory board. Supported financially by grants, she commissioned pieces from composers.

Yet fivebyfive spans the entire planet. Webster can apply the sonic textures of a cathedral in Reykjavik, Iceland to music without leaving his studio in the Park Avenue area.

The very name – fivebyfive – reflects not only the members of the group, but also the US military’s radio communication technology during WWII. On a scale of one to five, a five for both signal strength and clarity was the best possible signal. 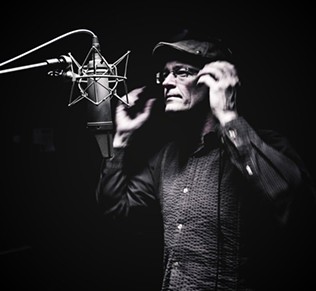 Yet fivebyfive’s technology is often buried where a listener would never notice. Apparent trivialities such as the placement of microphones during recording sessions. Will it be one mic for the whole room, or each single instrument on its own spot mic?

“What I found was that since we started recording a little more often, the more you do something, the more you start to have your own ideas,” says Webster. “And you start to want to push ideas and push the limits.” Soon it was all about the one-off microphones. “Which is the way you record rock bands, not the way you record classic bands,” he says.

This is evident in “Dancing About Architecture”, the opening track of “Of and Between”. The line is taken from the famous quote “Writing to music is like dancing to architecture”, which Lentz attributes to Frank Zappa, although others have also been credited for it. Music is architecture, we all revolve around it.

“I got to one point in the room,” says Webster, “and I thought, like, you know, if it was just a rock band, it was a singer and they did this ‘daaa-‘ daaaa “, I would naturally have to put a little echo on it. So we get ‘daaa-daaaa, wha-wha-wha’ – that sort of thing that would be a really normal thing on a rock mix.

The group only performs music by living composers. This is good news for composers, whether they are alive. “And we want composers to be like, in awe of the possibilities,” Lentz says. “The palette, the color palette, that we have with just flute, clarinet, electric guitar, piano and bass.” 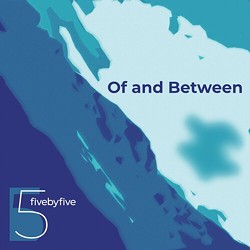 In fact, the sound palette heard on “Of and Between” is inspired by visual artists. Three pieces by New York photographer James Weller, known for his images mixing architecture and dance. This part of the album is the “Choreography Collection”. Four works by Judith Schaechter, a glass artist from Philadelphia who exhibited a few years ago at the Memorial Art Gallery. The pieces she inspired make up the “Glass Works Collection”. Additionally, there is a nailed bonus track at the end.

“It seemed to require this combination of the seven tracks into one album,” Lentz says. “This idea of” Of and Between “, the space in which these two meet, they intersect.

“So you’re exploring this idea of ​​how visual art and music interact. ”

And these pieces inspired by the image lend themselves to video. The latest one is “Tamboreño”, a track so new it’s not even on “Of and Between”. In the video, Webster uses computer-generated technology to imagine a carnival parade in the Uruguayan hometown of the composer, Miguel del Aguila. Except, upon the music’s tenuous opening, “Tamboreño” explodes in a parade past Rochester landmarks, street scenes, fireworks, the band’s favorite local restaurants and bars, and even their friends.

Collaborations go beyond composers. Fivebyfive recorded with sixth graders at Dr. Charles T. Lunsford School 19 in Rochester. He has performed for members of the public with autism, social or learning disabilities. And for his first gig in quite a while, he’s got a gig on March 20 at Artisanworks. “A classical concert with drink,” says Lentz. Public participation is expected.

Fivebyfive creates public participation. What the group calls “community works of art”. For a song called “Persevering,” at the last KeyBank Rochester Fringe Festival, Lentz said that “people tweeted about how they persevered during the pandemic.” These tweets were projected onto a screen in the Hatch Recital Hall, and a poet transformed them into a poem and a drawing.

Two years ago, as Fivebyfive performed in the Memorial Art Gallery ballroom, audiences sorted and arranged pieces of glass that were made into a pair of artwork after the show.

“We’ve been on this glass video art kick,” Lentz says.

And Fivebyfive still is. On the way up, the group visits the Corning Museum of Glass. Lentz has a glass flute that was made there. Fivebyfive will soon have a glass clarinet, glass piano and glass guitar to accompany new music and video.

“It’s kind of the weird stuff that we do,” Lentz says. “And at the end of the play, they’re actually playing their glass instruments.”

Schaechter’s glass art was also the inspiration for “Blue Jewel”. It’s “looking at the Earth from a distance,” Lentz says.

“If you’re up close, you see the wars, the problems, whatever. But if you go back, you see this blue gem in space.

Webster dials “Blue Jewel” on the sound card. These are the sounds of outer space. “Imagine stepping back and seeing like a tiny little Earth,” he said.

This, while Lentz plays the alto flute. Supernatural, detached, cold. This is the sound of the cathedral in Iceland, recreated using a technique called ‘impulse response’. The one-click reverb recorded in the cathedral captures its essence, and from there the software’s calculations obscure the notes in the appropriate darkness.

Lentz says this is an example of “asking questions and not being satisfied with the sound we heard at that time.”

“Musicians who are curious need to do things you don’t expect. “

Jeff Spevak is WXXI’s Arts & Life Editor and Journalist. He can be contacted at jspevak@wxxi.org.