The Longwood Symphony Orchestra, made up of famous musicians from the Boston medical community who perform concerts to help raise funds for health-related charities (this time to benefit Violence Transformed, a nonprofit dedicated to documenting and celebrating the many ways our diverse communities harness the potential of art to effect social change), returns to Jordan Hall at the New England Conservatory on Sunday, December 5e at 3:00 p.m. with Beethoven’s Symphony No.2 and Piano Concerto No.3 featuring pianist Victor Rosenbaum, “a staple of the Boston music community for over 50 years, as performer, teacher and president of the university ”, which will observe its 80e birthday in december.

The New York Times put it succinctly after her performance at Tully Hall: Rosenbaum “… couldn’t have been better.” And one Boston Globe headline summed up Rosenbaum’s appeal of the game: “Fervor and Sweetness Combined.” Click HERE for his full biography. A brief interview follows:

FLE: You play Beethoven’s 3e concerto with the Longwood Symphony, an “orchestra of doctors” that makes every performance a benefit for a group in need in a health-related field. Why did they invite you for this particular honor with this particular concerto?

VR: The decision has nothing to do with the orchestra’s mission, but was made purely on musical grounds. Ronald Feldman, the conductor wanted to do a Beethoven program – the 2sd Symphony and the 3e concerto, both of which had their first performances in the same program in 1803. I guess he knows me as a Beethovenist, so he invited me to play the concerto.

Working with LSO Ronald Feldman should be a pleasure.

I performed the piece with him at the head of the Berkshire Symphony Orchestra in October, and it was pure pleasure!

Are there any differences between playing a concerto with a volunteer orchestra and, say, the BSO? Advantages for the first?

I haven’t played with this orchestra yet, as the first rehearsal is still a few days off as we speak. But I’ve heard them over and over, and they’re really good. You wouldn’t know that they are so called “amateurs”. Some have quite impressive musical pedigrees! The is something wonderful in the spirit and energy that players who do it just for love bring to the process.
Do you strengthen the tuttis?

I don’t play with tuttis, except maybe for the last two chords of the piece.

Yes! I know there are people, including a prominent Boston-based musician, who advocate improvising your own cadences to bring back the element of surprise; but, while a lot of Mozart concerto cadenzas were probably improvised on the spot (with the exception of a few that Mozart wrote, and I composed my own cadenzas for Mozart concertos), at the time of Beethoven concertos, the cadence is elevated to an integral and important part of the piece, and Beethoven strove to compose abundantly and specifically. I choose to leave it to Beethoven; what he composed is much better than anything I could imagine.

When I play, whether for a benefit concert or with LSO which supports community groups, I a m playing music for herself. Music is all that matters when I prepare myself and when I play. If the occasion is also good for the community or society, so much the better. But really, does every performance “do good” in that it uplifts the spirit, encourages contemplation, addressing the best of humanity?

And you also seem to appreciate the individual contribution to the students. Does it continue? And what do you look for in students and why do they choose you?

I love to teach, and yes, it continues. I now have wonderful young students (pre-university) and others are looking for me for various reasons. I guess you should ask them why they chose me; but I think I am known to play certain music quite well and to be a supportive and stimulating teacher (but also very strict and demanding).

Questions should be asked in the past tense. I have enjoyed being the chair of the piano department at NEC for many years and am happy to see that all the things that I instituted as chair are still very active aspects of the department. And I loved being the President of the Longy School of Music, during a period of enormous growth and change (during which, among other things, the school became a graduate, while the community division continued to prosper). Like I said, I used to like being a manager and now I like not being a manager. It is satisfying to be the catalyst or agent of change and growth, but it can also be exhausting and very time consuming. The 16 years spent at Longy were very satisfying, but I was happy to find my life again.

Do you have a good sense of humor in music? Can you imitate the artists you hate?

Well, I’m not Victor Borge, although he and I share both names (he was born Borg Rosenbaum!), But I’m known to play the piano in a way that can be entertaining. I write songs (like birthday songs for my daughters when they were little) and make up songs on the spot for phone numbers! But there is a lot of humor (some even bawdy ones) in the classical repertoire. The last movement of the concerto that I play on the 5the is certainly in a good mood and, at times, a little eccentric – if not funny to laugh.

And, by the way, I can’t think of any artists that I “hate”. I’m not the type to hate. I try to find something that almost everyone likes. But what I to do to hate In regards to the performers make exaggerated faces and facial gestures that seem to say how much they feel the music (but actually keep people away from having their own feelings while listening). I guess I could easily imitate this stuff if I wanted to. 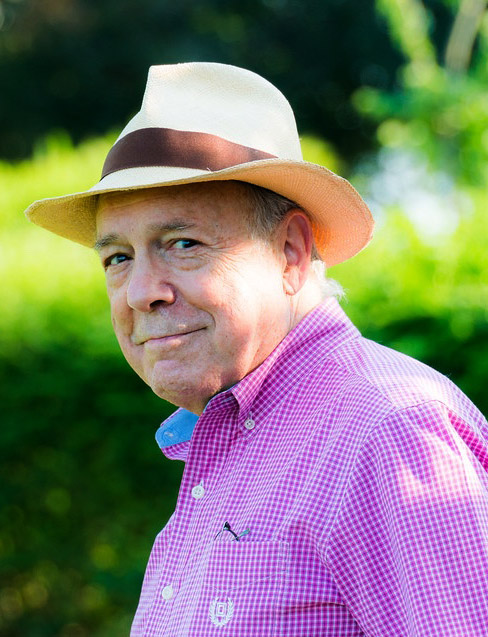 A famous pianist said in these pages: “Life is too short for Rachmaninoff and bad wine. Which repertoire do you absolutely hate?

Again, there is no repertoire that I hate, and I certainly think Rachmaninoff falls into the category of inspired geniuses; his music is always immediately recognizable, and isn’t this kind of unique voice the sign of a unique creative genius? (Even Haydn and Mozart can sometimes be confused, but never Rachmaninoff and Chopin – even though both write lush, expressive and romantic melodic music). But there’s a lot of music that I think others can probably play better than me, or to put it another way: music that I should spend more time learning that I think would be worth it – given that the others play is better. (I am thinking of Liszt’s virtuoso repertoire and a lot of Russian music.) And there is so much music that I like more.

I just listened to your absolutely splendid recording of Brahms ops 117, 118 and 119 defying death and kissing death for Bridge records [buy it HERE]. Do you have goodbye feelings at this point in your life?

Well, I don’t spend a lot of time thinking about dying, but at almost 80, you imagine it could happen anytime (and probably in the next 10 years). However, I think the best approach to life is to continue to live it actively and fully. And that’s what I hope to do.

What recordings and performance can readers expect?

I learned a few songs during the pandemic that I would like to record: that of Schumann Kreisleriana, Schubert Sonata in G major, Beethoven Opus 101, the first ensemble by Schubert Impromptus. But I also like going back to Chopin for the first time in a long time. Wow, this stuff is sure to be beautiful!

I have a few recitals coming here and there, but I hope to push back an 80e– birthday recital in Boston until the fall or until I don’t have to play masked. But will that moment ever come?