CINEMA • IRL
Do you miss watching the classics on the big screen? the Tull Family Theater got you covered. The Sewickley Theater will show a remastered 4K projection of the 1976 film Rocky. The film follows Rocky Balboa, a short boxer from Philadelphia who gets a rare chance to fight the heavyweight champion of the world. The rags to riches story made a star of Sylvester Stallone, who also wrote the screenplay. 2:45 p.m. and 7:30 p.m. 418 Walnut St., Sewickley. $8.75-11. thetullfamilytheater.org/films/rocky

COMEDY • IRL
One of the most popular stand-up comedy showcases in Arcade Comedy Theater is back with a whole slate of comics. This slice of Out of order will feature Marcus Cox, a comedian who has performed in the Pittsburgh, Michigan and Ohio areas. Joining Cox is host Shannon Norman and fellow performers Brittany Alexis, Aaron Kleiber and Isaac Crow. 9:30 p.m. 943 Liberty Ave., downtown. $10-15. arcadecomedytheater.com/events

MUSIC • VIRTUAL
Enjoy the music of a legendary composer with the University of Pittsburgh Jazz Studies program. the Pitt Jazz Faculty Showcase will be presented as part of 51st Seminar and Jazz Concert, a six-day virtual event with live concerts and podcasts. Members of Pitt’s faculty will perform compositions by renowned pianist and native of the city’s Hill District, Erroll Garner. The event will be broadcast live from the Bellefield Hall Auditorium. 7 p.m. Live streams on YouTube. To free. jazz.pitt.edu/jazz-sem

TALK • IRL
Take advantage of the presence of a “true polymath” during An Evening with Bruce Dickinson at Carnegie of Homestead Music Hall. Dickinson has many accomplishments, including as an airline pilot and captain, aviation entrepreneur, beer brewer, motivational speaker, podcaster, screenwriter, and novelist. Oh yeah, he’s also the lead singer of the heavy metal band Iron Maiden. Dickinson will spend the evening offering his humorous take on the world before taking questions from the audience. 7:30 p.m. 510 E. 10th Ave, Munhall. $39.50-59.50. librarymusichall.com

MUSIC • IRL
See singer-songwriter Cory Branan when it happens at Preserve the basement. Described by rolling stone as a “country boy with a punk-rock heart”, Branan has five albums to his name and has collaborated with Jason Isbell, Laura Jane Grace of Against Me! and Craig Finn of The Hold Steady. Find him at a party that also includes sets from Dylan Rooke and Airbrake. 6 p.m. 1101 Fifth Avenue, New Kensington. $15. preserveunderground.com

ILLUMINATED • HYBRID
city ​​of asylum welcome Susan Cohen and Gazmend Kaplani as they read Cohen’s book Travels from there to here. The program will feature the collection of essays by Cohen, a prominent immigration lawyer, in which her clients share their stories of hardships and obstacles upon arriving in the United States. Kapllani, an Albanian-born author, journalist and scholar, is featured in the collection and joins Cohen in the lecture. 7:00 p.m. to 8:30 p.m. 40 W. North Ave., north side. Live broadcast on Crowdcast. To free. Registration required. cityofasile.org 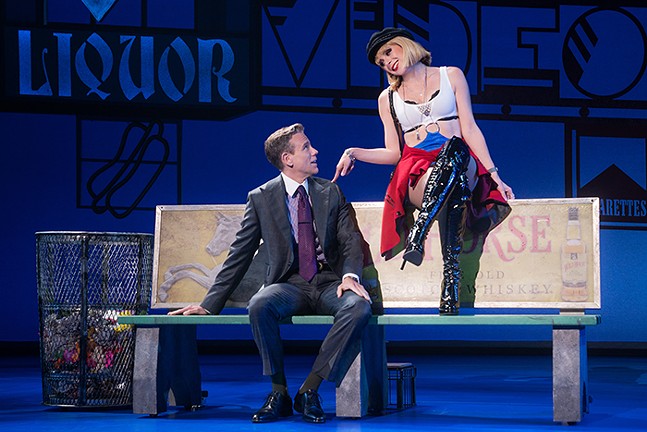 STAGE • IRL
Everyone knows the movie A pretty woman with Julia Roberts, but did you know there is a musical? Pretty Woman: The Musical comes to the Benedum Center as part of PNC Broadway in Pittsburgh. Featuring an original score by Bryan Adams (yes, that Bryan Adams) and Jim Vallance, the show adds music and choreography to the story of a businessman who falls in love with a sex worker he hiring to take to social events. 7:30 p.m. Continues until Sunday, February 6. 237 Seventh St., Downtown. $33 to $115. trustarts.org 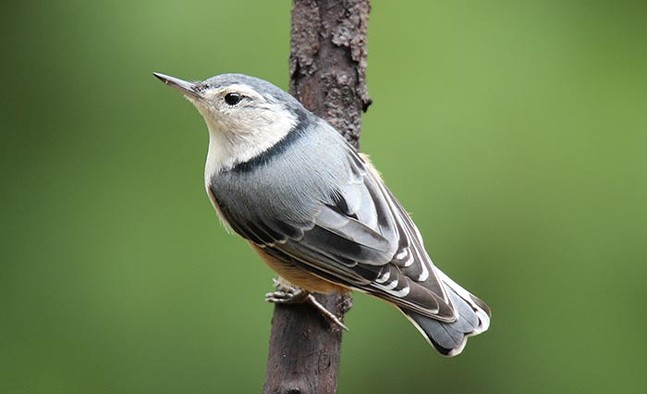 EVENTS • VIRTUAL
Join Allegheny Land Trust for a webinar on preparing for the Great backyard bird count, a celebration of birding in North America that runs from February 18-21. The event, which is organized by the Audubon Society, the Cornell Lab of Ornithology and Birds Canada, invites average citizens to observe and count as many birds as possible and report their findings to help scientists better understand bird populations and migration patterns. . 5-5:45 p.m. Free. Takes place on Zoom. alleghenylandtrust.org